William Brewster, the famous 19th-century ornithologist and Cambridge resident, imagined that spring migrants preferred the rural countryside west of Boston to the woodlands near the city. But when he moved to Concord in 1892, he was surprised to find fewer migrants than he had become used to seeing in Cambridge.

Brewster’s student, Ludlow Griscom, hypothesized that this was the result of birds’ migratory routes. Brewster’s data, collected over decades, seemed to show that migrants did not move evenly across the state, but rather took routes based on the shape of the landscape.

Paraphrased, Griscom’s theory went like this: a big stream of birds passes up the mid-Atlantic coast, and two major contingents form in New York. One, with many inland migrants, would hit the Hudson river valley and follow it north, and the other would travel along the Connecticut coast. A small contingent of birds would then split off and follow the Housatonic River, and a major one would follow the Connecticut River Valley. The rest turn northeast just ahead of Narraganset Bay to avoid the pine barrens of southeastern Massachusetts and Cape Cod. These birds turn north near Boston Harbor, passing through Canton, Milton, Brookline and Cambridge, before continuing north into Essex County and along the New Hampshire coast.

Griscom and Brewster’s theory of migratory routes is roughly illustrated in this map: 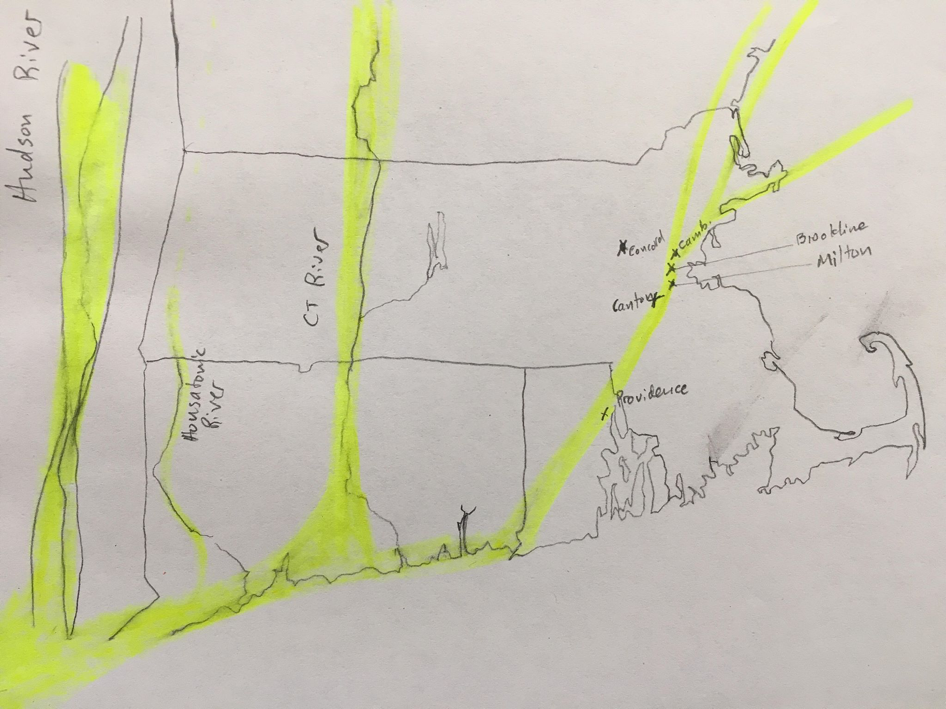 Almost, But Not Quite

This particular set of routes has not been borne out by modern data gleaned from the radar. While some studies show that certain areas are regularly “birdier” than others during migration, (including sites along major river valleys), wind and weather patterns ultimately have more sway over bids’ trajectories than the topography of the landscape. Some expert birders still swear that migrating birds following “sight lines” or topographic features, but these observations remains anecdotal.

Even if migratory routes are not as fixed or as specific as Griscom imagined, radar does often show higher concentrations migrants in some areas than others. For example, in early May 2018, birds seemed to avoid southeastern Massachusetts and Boston, staying northwest of I-495. This is demonstrated on the radar maps below (note that the radar station is the white cross in the center of the circle, and that radar can detect birds equally in all directions- check out our blog series on reading radar images if you haven’t yet!)  Bear in mind that these are by no means typical nights—birds take very different migratory paths through Massachusetts every night, mostly depending on wind direction and time of year. 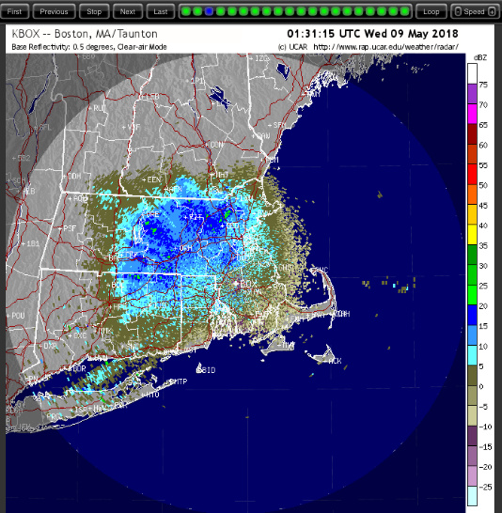 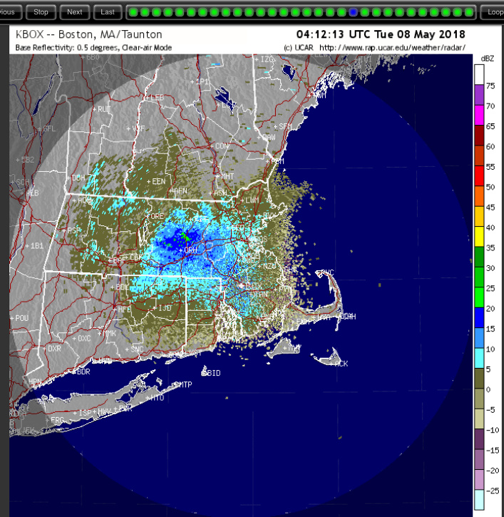 While the radar doesn’t show nocturnal migrants grouping together in narrow ribbons in the air, compiling images like these helps scientists observe patterns in bird migration. For example, this map by Kyle Horton of the Cornell Lab of Ornithology shows the direction in which birds are heading. The length of each bar shows how many birds are flying in that direction over the course of a season. The key takeaway: many birds fly over the ocean from Massachusetts, preferring to take the direct route over the Gulf of Maine rather than follow the coastline. 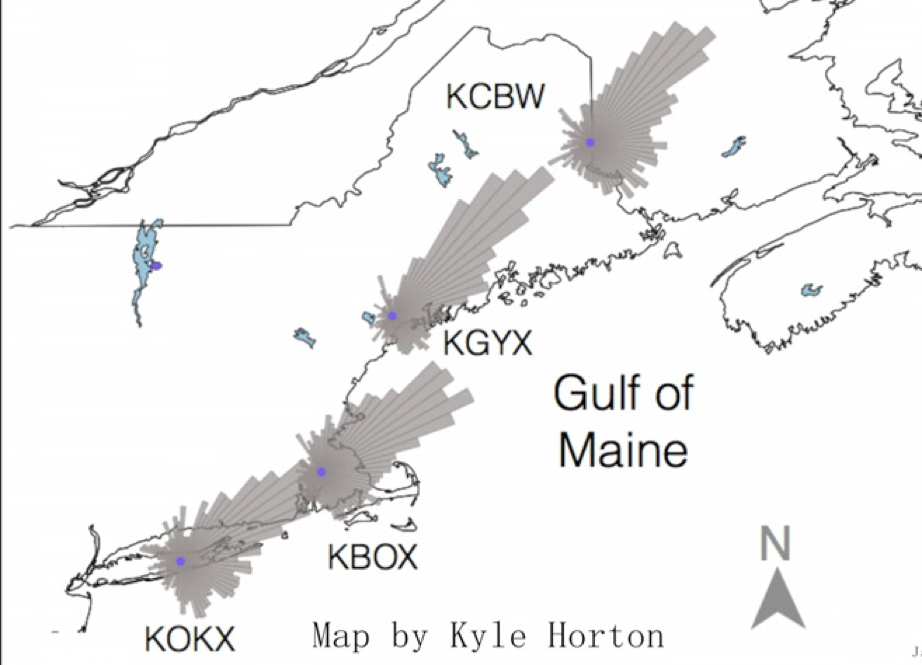 This map was recently featured in an awesome video by Jackson Childs, a local birder and friend of Mass Audubon. Check out Jackson’s video for more cool information about bird migration, including dawn flight, and some close-up footage of colorful warblers.

If you’ve found surprising patterns in spring migration, let us know in the comments!