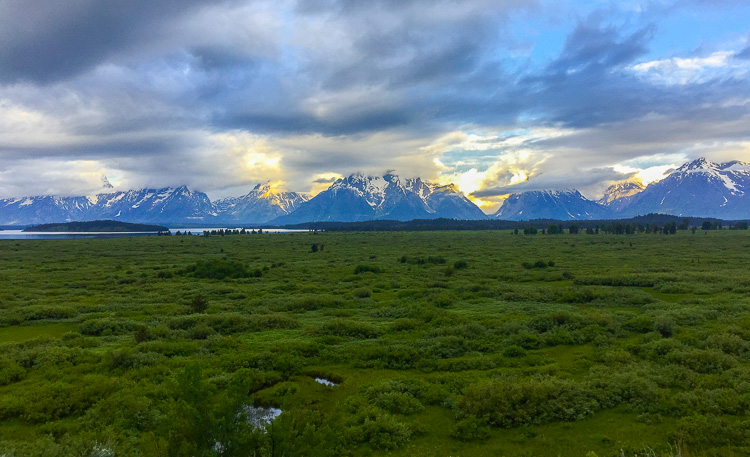 While it’s true that Mass Audubon regularly sponsors outstanding wildlife and birding trips to exotic corners of the planet, the Natural History Travel Program also features domestic departures that rival some of the finest wildlife spectacles on the planet.  One of these is the Greater Yellowstone Ecosystem—a region covering approximately 34,375 square miles in the northwestern corner of Wyoming, but also extending into Idaho and Montana.  Comprised of more than 2.2 million acres, this scenically magnificent region with an elevation averaging over 7500’ hosts the largest concentration of wildlife in the United States outside of Alaska, including the largest free-ranging herd of American Bison in the world, one of the largest American Elk herds in North America, and one of very few Grizzly Bear populations in the contiguous United States.  And thanks to a repatriation effort in the mid-1990s, Yellowstone supports 11 packs of Gray Wolves numbering approximately 110 individuals.

From June 12-22, Mass Audubon President, Gary Clayton and Important Bird Areas Director, Wayne Petersen were able to share 21 species of mammals and 133 species of birds with an appreciative and congenial group of colleagues and clients in this extravagantly beautiful region.  Among the trip’s highlights was a wolf pack trying (in vain) to take down a young Pronghorn, baby bison practically at every turn, a Golden Eagle at its nest, a Dipper feeding and teaching a young one how to swim and dive, a fine variety of waterfowl including several pairs of rare Trumpeter Swans, and hosts of colorful wildflowers.  In addition, the food was hearty and fine throughout, the weather was variable but comfortable, and canoodling Grizzly Bears and Moose and Black Bears with young were consistently voted as favorites.  One of the most intact temperate zone ecosystems in the world, the Yellowstone is a region like few others and is destination that every American should see at least once in their life! 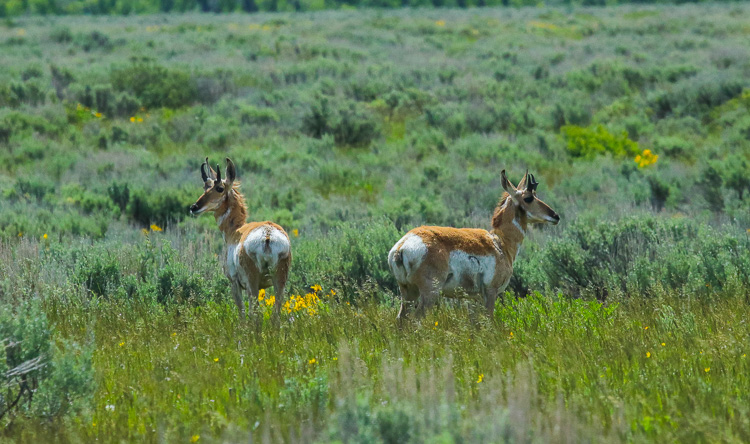