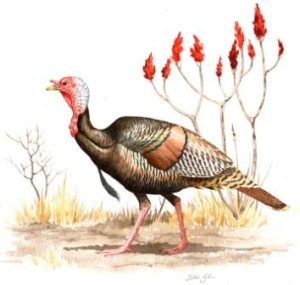 With Thanksgiving approaching, turkey is on everyone’s mind. While best known as a delicious Thanksgiving centerpiece, the Wild Turkey is also an exemplary icon of conservation success. This quintessentially American bird can now be found roaming free in every state except Alaska, but this was not always the case.

For nearly 100 years, there were no Wild Turkeys in Massachusetts—the state where Thanksgiving began. Hunting and the loss of forest habitat caused the Wild Turkey to be extirpated from Massachusetts by 1851. People attempted conservation action by releasing captive-bred turkeys into Massachusetts, efforts which were unfortunately unsuccessful.

Success came in the 1970’s, when wild-caught New York turkeys were released in Berkshire County. This ‘turkey transplant’ technique proved to work exceeding well: in less than 50 years, Wild Turkeys went from being locally extinct to nearly ubiquitous as a breeder in Massachusetts. No reintroduction program in the history of the Commonwealth has been as wildly successful as that of the Wild Turkey. Perhaps it is time to herald these birds in a new light, as a conservation ambassador!

Read more in our Breeding Bird Atlas account, and amaze your friends and family at the dinner table. 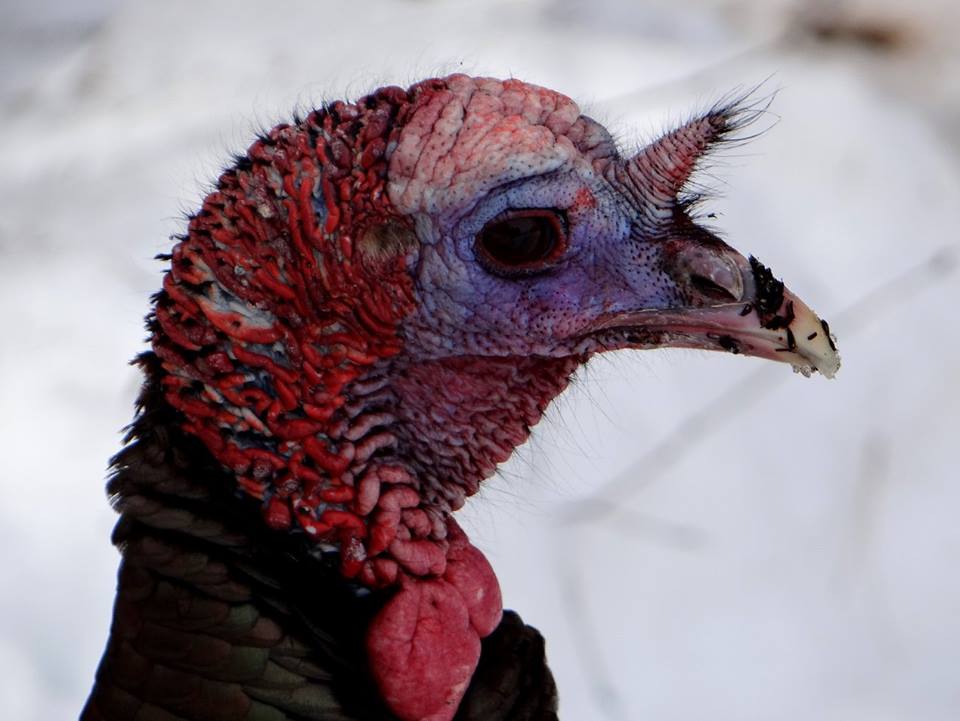 One of our Wild Turkey residents at Mass Audubon Headquarters, Lincoln.