Red-winged blackbirds have been scouting for nest sites in the marsh.  The male shows his red epaulets bordered with yellow when he wants to be seen.  He can cover the colors when he is feeding or resting.  The boardwalk bench is probably in this male’s territory and he wants other birds to know it’s his. 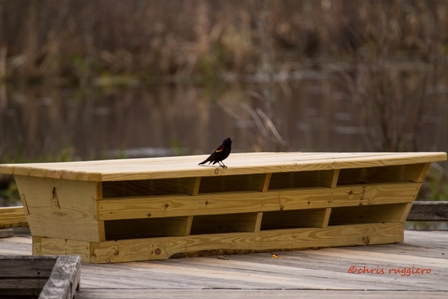 Female red-winged blackbirds look like large streaky sparrows.  The faint hint of orange above the eye is one identifying feature. 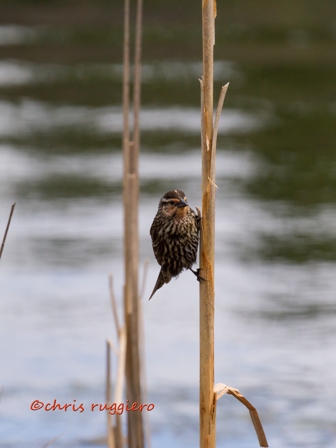 Their streaky plumage is perfectly evolved to disguise the female when she is on the nest in the marsh.  This bird is gathering nest building material. 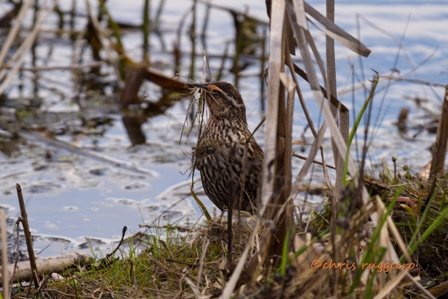 In flight, it’s sometimes hard to identify female redwings, but the marsh habitat narrows down the possibilities. 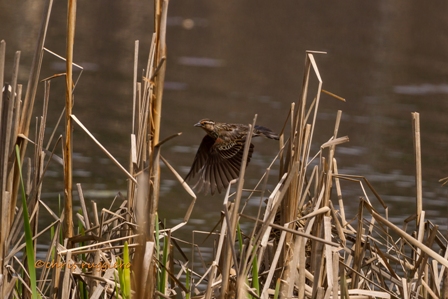 Other marsh inhabitants include Northern water snakes.  Their color can vary from dark black right after they shed to pale buff.  The underside is a pattern of red, white and black bands. 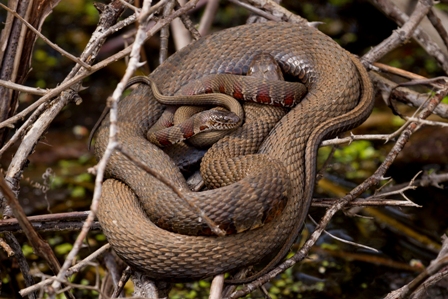 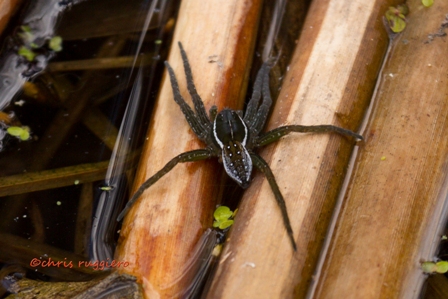